Thank you for considering Colbert Chapel Preschool to meet your child’s earliest educational needs.  We understand that many preschool options are available to you, and we appreciate your interest.
Colbert Chapel church has been in the Northwest community since 1906.  In 1973, Pastor Walt Henderson began directing a new Colbert Chapel Preschool.  After working with the preschool for three years, a need became clear for a Christian based daycare in the area.  Together with his wife, Geri and fellow church member, Billye Anderson, Chapel Children’s Center Daycare was formed.  In the word of Billye Anderson, “This was a time when families were still adjusting to both parents working.  We knew that if children had to be out of the home we wanted them to be in a good safe place, in the love of Christian people.”
Years later, Colbert Chapel Preschool and Chapel Children’s Center Daycare still have the same goals.  The family has stayed close.  Two main supervisors in the daycare are Miss Jackie, daughter of Walt and Geri Henderson, and Miss Shelly, niece of Billye Anderson.  Director Elaine Sherer has attended the church since early childhood and has been the Daycare director since 1997.
Jen Whitehead, the Preschool Director, has attended the church since high school.  She has been working for the Daycare and Preschool since 2002 and directing the Preschool since 2014.  Lead teacher, Tamara has been teaching in the preschool since 2003 and Jessica Frank assists part-time and has been with the Preschool since 2016.
With both the daycare and preschool services under one roof, our center has a unique experience to offer your family. If a combination of daycare with preschool would meet your family’s needs, we encourage you to contact the daycare directly for their enrollment information, in addition to completing the paperwork for Preschool. 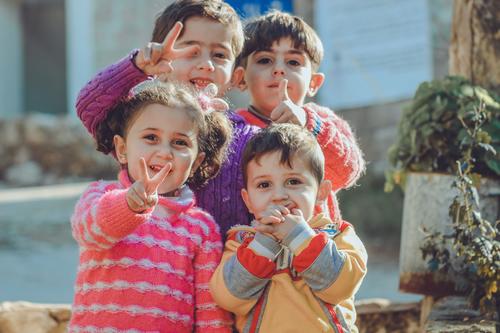 Your completed registration forms (found in links below), along with your child’s immunization record, and the registration fee will hold your child’s place in our preschool.  I will be sending out a confirmation letter to each student’s family in August, confirming your child’s class placement and with all additional information, you will need for fall.  Thank you again for considering Colbert Chapel Preschool. We look forward to the opportunity to instruct and love your child. 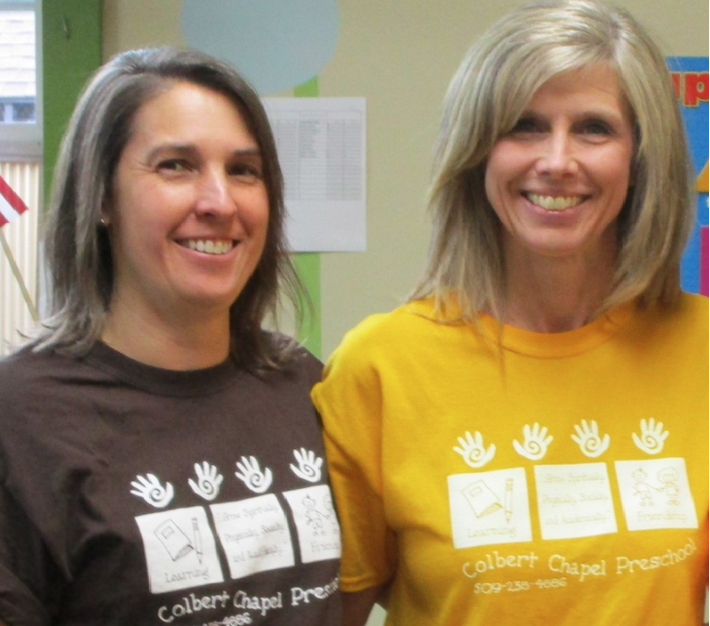 My name is Ms. Jen and I am the Director of Colbert Chapel Preschool. I love teaching your children about God’s character and showing them His love. I have been teaching for 19 years. My husband, Ty, and I have been married for 28 years and we have been blessed with three amazing children. Makayla is our oldest daughter and she is in her third year of college at Spokane Community College, studying fish and wildlife. We have twins, Ezra and Karlee who will be in the 11th grade at Mt Spokane High School. I particularly enjoy having outdoor adventures with my family and watching my kids play football, soccer and race motorcycles. I have one dog named Molly and one cat named Oliver.

Hello, I am Ms. Tamara. I really enjoy teaching and I am so thankful I can do it here where I can also share Christ’s love with these little ones. This will by my 18th year teaching here at Colbert Chapel Preschool. I have been married 30 years and the Lord has blessed us with four beautiful children. Our three daughters are married and we have one adorable granddaughter! Our son is in his third year of college in engineering at the University of Washington. I enjoy spending time with family, taking walks and reading. We have two dogs, Maggie and Jack.

Leave a message or inquiry for our Pre-School Director.

There was a problem with your request, please try again later.

Our Pre-School Director will get in touch with you soon!